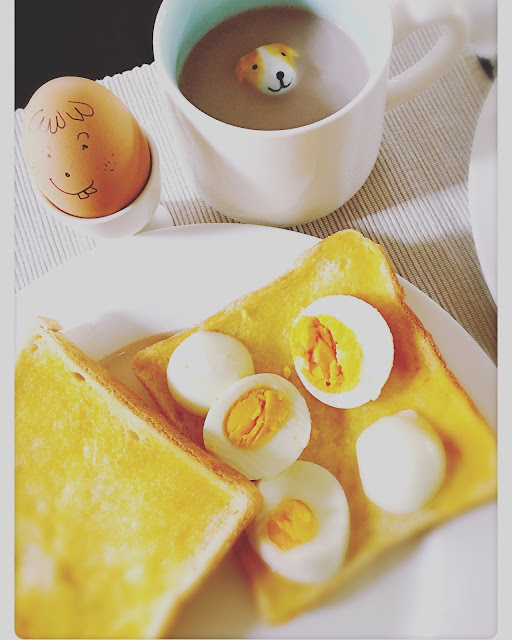 I do LOVE school holidays though I know it can be rather stressful trying to keep your kid(s) occupied for days on end until school starts and listening to the constant, "I'm hungry, "I'm bored" and the "are we there yet?"... can drive the staying home parent up the wall!

Was working yesterday so to make up for lost time,  last night D and I stayed up late playing games on the iPad in bed. It was rather funny as we were discussing the game during dinner, hubby totally did not know WHAT we were talking about!😂

I guess it would be normal to assume that when it comes to video games, dads and their boys are much more well bonded.  In our family, besides racing the grand-turismo, Hubby's not much into angry birds, candy crush or anything else...

As for myself however, I've not quite grew out of it as yet so I feel rather lucky that D and I can have this 'special' bond of playing video games together like father and son would.  Such an odd scene to witness when you think about it...some of the other parents certainly think so! hee hee

This morning,  we allowed ourselves to sleep in and skipped breakfast to have brunch! What a treat!!

One ritual I've created with D is that I always draw a character for his boiled eggs.  This morning, I surprised him with this cutesy little doggy cup from House...his reaction was priceless! LOL 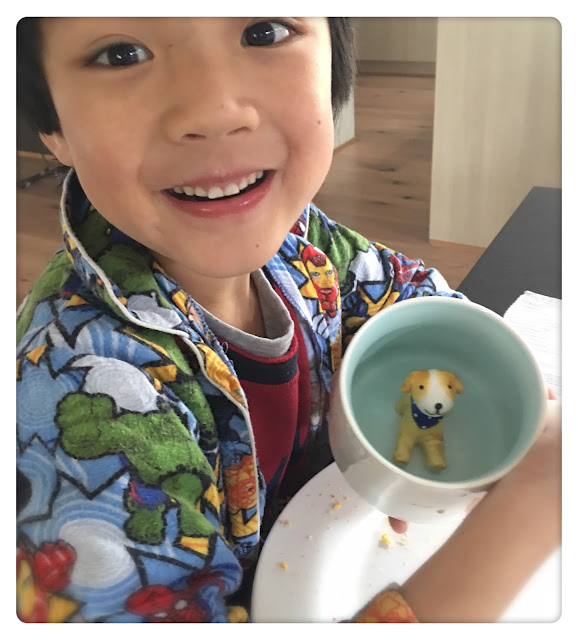 D loves animals, he's been asking for a puppy and has multiple plushes whom he calls Walter!  Sadly, he has developed an allergy to dogs and cats!!!  Perhaps if Walter was still alive, he would have been immune.  I truly hope he will grow out of it...Walter and him would have been such best friends. 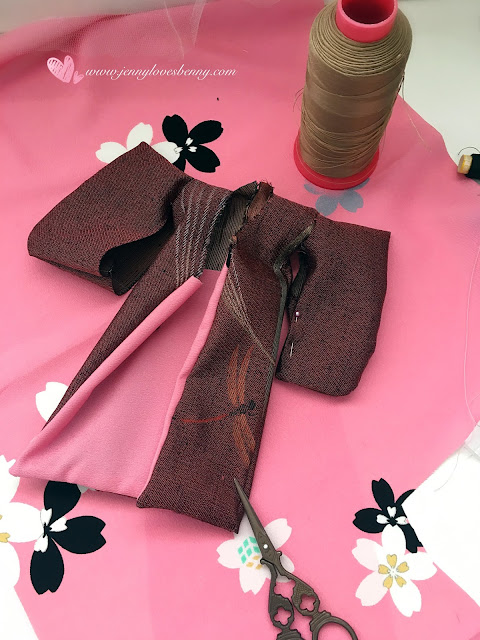 I've been rather slack with JLB lately I know.  I've been caught up with the school holiday and birthday parties.  All fun but it means less time to sew.  Nevertheless, I've started this little kimono for Seraphine.  The girls want a kimono party!! Am heading right back to my sewing room once I publish this post and going to try to get as much done as possible.  The weekends are just jam packed!Thank you for stopping by, hope you like my new blog layout and always, have a super fab day!! :D Hugs,

Jenny Lee
Hi! I'm a teddy bear and custom Blythe artist under my labels "JennyLovesBenny" and "Jenny Bear". Welcome to my blog! I hope my bears and dolls brings you lots of smiles!! Thank you for visiting! :D

Thank You for visiting! Visitors since SEPT 2008...