Last week was a little stressful with Walter having staying over night at the Lort Smith Animal Hospital because he had to get his tooth extracted. Poor puppy fractured his tooth while eating a bone! Although he's been away from us while DH and I are away during our travels, when we're home, he's with us 24/7 and he's certainly never stayed over with anyone he's not familiar with.
DH and I booked him into a morning surgery and didn't planned for him to stay over night. We brought him in early and thought we'll be able to pick him up later in the day. Due to hospital's busy schedule, Walter didn't get his tooth extracted until late in the afternoon and he was too drowsy to be coming home as he also needed to be monitored. Distraught by the news of him having to spend the night alone, I did what was natural for a mummy of a K9 and started knitting him a jumper! The next morning, DH and I eagerly went to pick him up and with the reception that we got, I think he was mighty glad to see us too...

When we got home, it was a different story. The little bugger went straight to his ottoman and lay there, refusing to give mummy kisses and turning his face away from us when we approach him...it was clear he wanted us to know that he's not happy with us! I could just hear him..."YOU SCARED ME!! YOU LEFT ME THERE AND WENT HOME, I THOUGHT YOU DIDN'T WANT ME ANYMORE...AND NOW I'M MISSING A TOOTH...NOT HAPPY JAN!!!" Yes, if he could, he would be spitting and hissing those words at us through the new gap in his mouth! LOL

As cute as he may look, boy does this puppy have an attitude or what! To think I worried about him all day and night, burning the midnight oil and knitting my fingers off and not to mention this little episode of his has blown my budget for the next two months!! NOPE, I was not going to take a bar of this....I headed to the kitchen and made him his favourite free range chicken and brown rice...there...now we're back in his good books!! :D 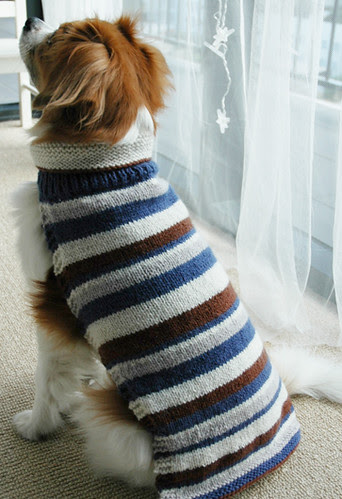 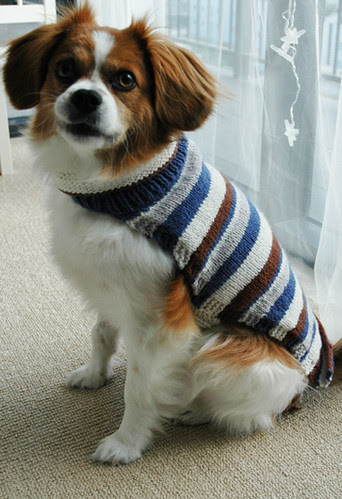 Thank you so much for your visit and for taking the time to comment on my post :D

Jenny Lee
Hi! I'm a teddy bear and custom Blythe artist under my labels "JennyLovesBenny" and "Jenny Bear". Welcome to my blog! I hope my bears and dolls brings you lots of smiles!! Thank you for visiting! :D

Thank You for visiting! Visitors since SEPT 2008...